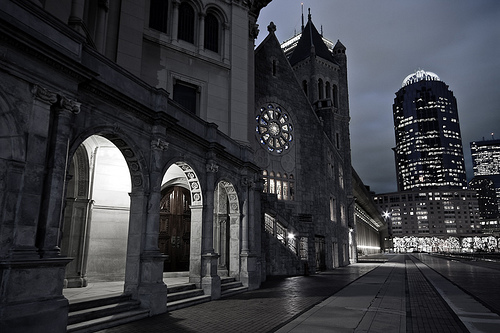 Both of these shots were taken with a Canon 400D/XTi with a Sigma 10-20. I had a tripod with me, so I worked at f/11 to get a decent depth of field as well as allow for a long exposure (10-15 seconds) to get some interesting texture in the sky. 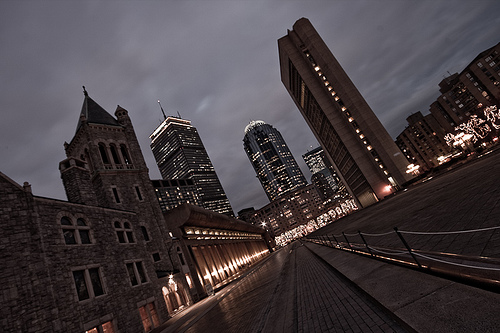 Since I had exposed to the right, the images came out very bright and boring. I edited them in Lightroom to darken the images, increase the contrast, and bring out the textures in the building. As I have been doing a lot lately with many images, I significantly desaturated the shot to be almost B&W, but not quite. The top image was also edited in CS4 to add contrast into the sky by using a levels layer and a layer mask.

Let me know what you think!